Menu
get a quote

Providing Health Insurance For Over 30 Years

Health Insurance Advisors is competent, confident, and licensed to provide unmatched health insurance services at competitive rates. We’ve helped millions of members apply and receive appropriate health insurance benefits, and we can’t wait to include you among them.
get a quote
704-230-1038

We understand that one size does not fit all. That's why you get access to a full portfolio of health insurance plans tailored to your specific needs.

We provide extensive evaluations to ensure your health insurance benefits fit your situation, budget, and convenience.

Health Insurance Advisors strives to develop and maintain long-term relationships with our members, constantly delivering on our promise of dependability.

We understand that one size does not fit all. That's why you get access to a full portfolio of health insurance plans tailored to your specific needs.

We provide extensive evaluations to ensure your health insurance benefits fit your situation, budget, and convenience.

Health Insurance Advisors strives to develop and maintain long-term relationships with our members, constantly delivering on our promise of dependability.

For more than a decade, Health Insurance Advisors, a trusted Statesville, NC health insurance advisor has been helping business owners, families, and individuals in Iredell County find affordable health insurance plans. Whether you’re looking for a group, an individual, or a family health insurance plan, you can count on our team of highly knowledgeable and skilled experts to help you design an effective insurance program that will be customized to meet your unique needs.

Our competitively-priced plans offer optimum protection; what’s more, we make enrollment quick and easy. When you choose Health Insurance Advisors as your Statesville, NC health insurance advisor, you can feel confident knowing that you’ll find comprehensive, yet affordable health insurance for yourself, your family, or your employees.

3 Things to Consider When You’re Looking for Affordable Health Insurance in Statesville, NC

Having the right health insurance plan is extremely important. With the high price of healthcare in Iredell County, even minor ailments and injuries, such as a sore throat or sprained ankle, can cost a fortune and cause serious financial strain.

As such, you want to make sure that you find an affordable health insurance plan that offers comprehensive coverage. Of course, finding a plan that ticks off both of these boxes is a lot easier said than done, but it is possible; you just have to know what factors to consider.

When you’re researching Statesville, NC health insurance plans, take the following factors into consideration and you should be able to find a policy that will offer reliable coverage at a price that you can afford.

Premium, Deductible, and Your Health

The premium and deductible have a direct impact on the cost of your health insurance. The premium is the price you pay each month to maintain your plan. A deductible is an up-front contribution that you’ll need to pay before the insurer will payout.

If affordable health insurance is your goal, a low premium can be very attractive; however, do bear in mind that some Statesville, NC health insurance companies can charge low premiums, but the deductibles are high, which can really hit you in the pocket when you do need to file a claim. On the other hand, higher premiums translate to lower deductibles, so while you’ll pay more each month, you’ll pay less when you need to file a claim.

When you’re weighing your options, consider both the premium and deductible, as well as the state of your health. If you want affordable health insurance and you’re in generally good health, a low premium and high deductible may work for you; however, if your health is poor or you’re exposed to hazardous conditions on a regular basis, a higher premium and lower deductible may be a better choice.

Are you currently taking prescription medications on a regular basis for a chronic condition? If so, when you’re looking for affordable health insurance, check to make sure the drugs you are taking are featured on the formulary (a list that features the drugs the insurance company covers) of the plan you are considering. If the medications you are taking aren’t covered by a Statesville, NC health insurance plan, cross it off your list, otherwise, you’ll likely end up having to pay exorbitant out-of-pocket expenses.

It’s also a good idea to consider whether or not contributing to a health savings account (HSA) is something that you are interested in. Basically, an HSA is like personal savings account that you can use to cover the cost of your medical expenses. If you have disposable income, this is a great option if you want to build an emergency fund for your healthcare costs. Individuals and families can make thousands in tax-deductible contributions to their accounts. 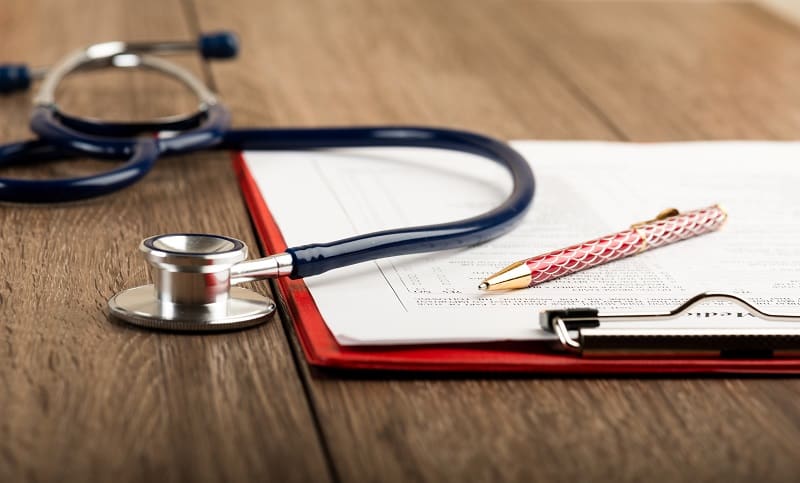 Do note that you will need to qualify for a health savings account. To qualify, your Statesville, NC health insurance plan will need to support it, and you cannot be claimed as a dependent on somebody else’s tax return. If you want to protect yourself from unexpected – and costly – healthcare expenses, an HSA is an option worth considering.

For help finding an affordable health insurance plan in Iredell County that offers comprehensive coverage, contact Health Insurance Advisors. To speak to one of our advisors, call 704-230-1038 today!

Some information about Statesville, NC

Statesville is a city in and the county seat of Iredell County, North Carolina, United States, and it is part of the Charlotte metropolitan area. Statesville was established in 1789 by an act of the North Carolina Legislature. The population was recorded as 95 in the 1800 Census. The population was 24,532 at the time of the 2010 census, and was estimated at 27,528 in 2019.

In 1753, Scots-Irish Presbyterians and German Lutherans, who had originally settled in Pennsylvania, began arriving in what would become Statesville in 1789 to plant crops in the fertile soil where game and water were also plentiful. The settlement, known as Fourth Creek Congregation, was named for the freshwater stream running to the north of the present-day city center, the fourth creek west of the neighboring settlement of Salisbury. The center of the settlement was a log cabin where the Presbyterians worshiped and where the First Presbyterian Church is located today.

In 1755, colonial governor Arthur Dobbs authorized the construction of the colony’s frontier fort, which was located approximately 3 miles (5 km) due north of the Fourth Creek settlement. Built and garrisoned by North Carolina provincial soldiers, Fort Dobbs defended British North America’s western frontier in the colony of North Carolina during the French and Indian War and Anglo-Cherokee War. Fort Dobbs combined the functions of a military barracks, fortification, refuge for settlers, provisioning depot and center for negotiations with Native Americans.

The state legislature divided Rowan County in 1788, and the new county was named ‘Iredell’ for James Iredell, associate justice of the first Supreme Court during the presidency of George Washington.>

Let us help you customize your health coverage today.